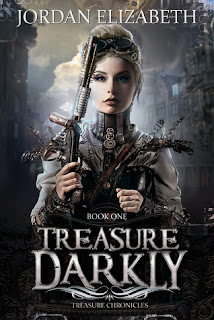 
Seventeen-year-old Clark Treasure assumes the drink he stole off the captain is absinthe… until the chemicals in the liquid give him the ability to awaken the dead.

A great invention for creating perfect soldiers, yes, but Clark wants to live as a miner, not a slave to the army—or the deceased. On the run, Clark turns to his estranged, mining tycoon father for help. The Treasures welcome Clark with open arms, so he jumps at the chance to help them protect their ranch against Senator Horan, a man who hates anyone more powerful than he.

Sixteen-year-old Amethyst Treasure loathes the idea of spending the summer away from her bustling city life to rot on her father’s ranch, but when a handsome young man shows up claiming to be her secret half-brother, her curiosity is piqued. He’s clever, street smart, and has no qualms jumping into the brawl between the Treasures and Horans. Caught in the middle, Horan kidnaps Amethyst, and all she gets is this lousy bullet through her heart.

When Clark brings her back to life, however, the real action starts, and Amethyst joins him in his fight against the Horan clan—whatever the cost. Defeating the Horans may seem easy at first, but going up against men with the same fighting vengeance as Clark, and a Senator with power he’s obtained by brainwashing the masses?

Well, Amethyst’s boring summer at home has turned into an adventure on the run, chock full of intrigue, danger, love, and a mysterious boy named Clark.


With the great cover, and an obvious steampunk line, I was excited to get my hands on this book. It starts out with an intriguing setting--a young man in a brothel, helping his mother steal from one of her clients. The scene is dark, and so well described that I could smell the dust and alcohol. But we don't stay there. In the next pages, we're transported to Amethyst's world. . a wealthier one. The switch threw me a bit and it took a couple of chapters until I really understood how all of this ties together. But it does like a careful knot.

The plot is complex, and the action never stops. Clark lands himself in trouble those first pages and by the end of the first few chapters, has an entire army on his tail. There was a bit of a time-skip before he lands at the Treasure's estate (which jaunted), but after that, the story rides like a steam cart roller coaster. As said, there's a lot going on, and the story seems to slide from one lane to the next as Clark's pursuits change as the situation requires. This not only adds a lot of depth and layers, but also leaves several holes that I can't wait to see filled in book 2.

My favorite character was definitely Clark. Although first presented as a thief, he has all the great points a hero needs and is easy to root for. His inventiveness is a delight to read, and his shining ethics make him noble even with all his rough corners. His relationship with Amethyst threw me for a loop for awhile but was generally exciting to follow.

As to the steampunk end of things, this story has the fantastical machines nailed. The world is set in rich fantasy and based in a time frame, which brings out the innovative thrills. And although not every technical wonder made sense, it was still fun to read the great descriptions and see the machines operate in the Wild West world.

Summed up, this is a book Steampunk fans will devour. There's tons of action, great heroics, and wondrous machines which will ignite a reader's fantasy. 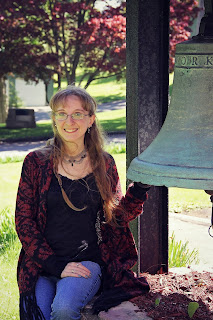