Excerpt: The Evolved by KT Webb 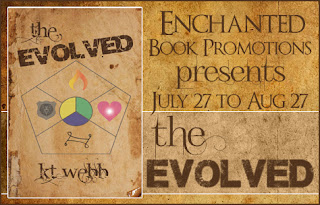 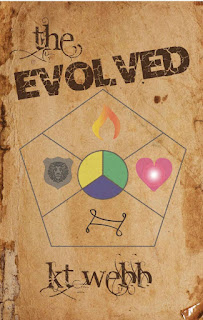 THE EVOLVED
by KT Webb
YA Fantasy
370 Pages

From Indie Author KT Webb comes a fantasy novel that challenges tradition. She artfully combines elements of mythology, theology, romance and adventure to create a fast paced and intriguing story.
Thatcher Kline is a ward of the state, a runaway and a loner. But he has a few secrets; secrets that make him a freak, secrets that have cut him off from any semblance of a family.
Hadley and Whitley Callaghan are the twin daughters of a powerful man. Their mother abandoned them when they were little, leaving them to be raised by an absent father and his security detail. They find themselves settling into small town life in South Dakota when they meet Kerr Mason and their world turns upside down.
Kerr is a bookworm, storeowner and a good judge of character. He likes to be alone; other people make him uncomfortable. When he meets the Callaghan twins, he feels a connection he can’t comprehend.
Distant relatives raised Nora Lowell after her parents died in a car wreck. She lives in a constant state of suspension as she waits to be joined by others like her. When Nora learns that the others are on their way, she feels like her life can finally begin.
Their paths were destined to meet; their lives were destined to be intertwined as those of their ancestors were. When they come together, mysteries are unraveled, prophecies are revealed and this group of misfits quickly discovers they are destined to save the world from the clutches of evil.

Thatcher felt mildly uncomfortable as Romulus placed both hands on his shoulders and looked him in the eyes.
“You have nothing to prove Thatcher. Don’t forget that.” Romulus said before heading out of the alley. Kerr slapped Thatcher on the back and followed the Old Immortal.
Thatcher took a deep breath and was about to leave the alley too when Nora reappeared.
“Where’d they go?” Nora asked.
“They just went to find more people. I’m going to go offer myself up on a silver platter.” Thatcher said cheekily.
“You’re what?!” She almost shouted. “Are you crazy? You have no idea what you’re doing. You’re not ready for that.”
“I have to Nora. Malcolm left yesterday. He left and went back to them. I have to see if he’s with them. I have to see if he’s helping them do this to these people. But most of all, I have to face Absalom.” Thatcher told her firmly.
Nora was quiet for a moment. She bit her lip and looked at Thatcher thoughtfully. When they heard footsteps approaching, she nodded her head at him and told him she understood. Kerr had arrived with three more people; a scared old woman, and two terrified teenage boys. Nora didn’t even bother explaining this time, she simply grabbed on to them and disappeared.
Thatcher and Kerr left the alley together. Kerr was still searching the streets for the little girl from his vision.
“Maybe she hasn’t lost her mother yet Kerr. Let me try to distract the Old Immortals while you look for her.” Thatcher told him.
“Romulus is right you know. Just because your prophecy tells you that you are torn doesn’t mean you have something to prove. You are who you are, and who you are is one of us.” Kerr told him as he jogged across the street.
Thatcher stepped out into the afternoon sunlight. If he only looked at the sky, he could almost forget what was happening around him. But the pungent odor and endless tortured screams continued to remind him where he was. He was in Absalom’s playground. Thatcher wasn’t sure what he was supposed to be confused about. He wanted to stop Absalom with all his heart and all his mind. He knew without a doubt his prophecy was not about that.
Hearing a scream erupt to his left, he took off in that direction. He broke through a row of bushes beside a parking lot to find Absalom standing over a fleshless body. It was obvious that the scene around him was something Absalom enjoyed. He didn’t blink twice at the bodies lying on the ground around him; he almost looked happy.
Thatcher stepped out from between the bushes. He had seen enough death and destruction today. He needed to distract Absalom and find Silas. 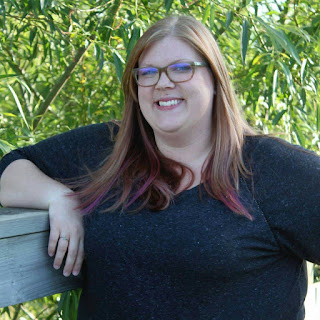 KT Webb is a big city girl living in small town South Dakota. KT is a wife and mother of two young children. She works full time as a marketing and communications coordinator for a technology solutions company. KT is also an avid reader and prefers books that allow her overactive imagination to run wild. She published her first book, The Evolved as the first installment in The New Era Saga; the second book will be out in late 2015.

Email ThisBlogThis!Share to TwitterShare to FacebookShare to Pinterest
Labels: KT Webb, The Evolved, YA Fantasy