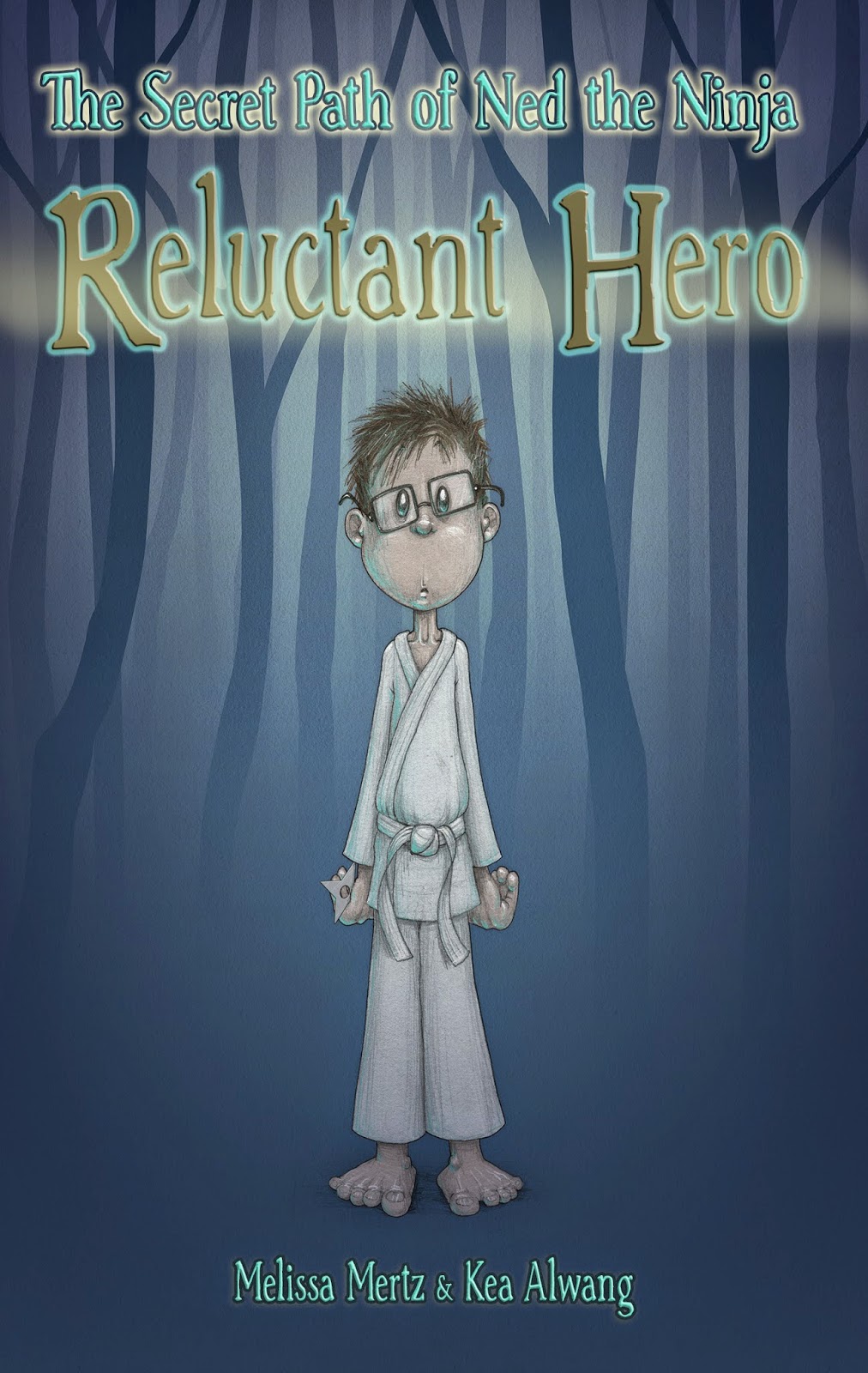 Hey ... I'm Ned Herts. But you can call me Ned the Nerd. No, really ... I don't mind. My hobbies include: video games, comic books, creating superhero characters, bringing home awesome grades, tumbling into school lockers, and handing over my lunch money. Talents? Well, I have mastered the art of duck-and-cover while steering clear of Beck the Bonebreaker, my personal bully. Unfortunately, a super-bad school day involving a paper cut causes my parents to flip: They drag me to a karate class to toughen up. Let me tell you something: When a guy like me lines up next to a cute girl to face his very first workout at the mercy of a weapons-happy martial arts teacher, it's not pretty. But when a guy like me gets hauled into the woods in the middle of the night for another lesson, he's going to wonder if superheroes can really exist and if his uncoordinated feet have just been placed on a very strange path.

Ned is a nerd and a wonderful one at that. He'd be happy in his nerdom (or so he thinks) if it wasn't for the bully at school and his parents, who insist he become stronger. And so Ned steps pretty unwillingly into a new phase of life.

Ned has a wonderful sense of humor and is very easy to sympathize with. Like so many kids, he's trying to figure out who he is and runs into several sticky situations as he learns to accept himself and properly handle those around him. Readers this age will have no problem understanding him and possibly seeing a little of themselves in Ned.

The story is nicely paced, never leaving a moment for boredom. The scenes are vivid without  being overly described and I especially enjoyed Ned's interaction with his parents and friends.

Of course, there are many issues addressed in this book. Bullying, self-esteem, dealing with others and daring to step a little out of the comfort zone. And I found the authors did a great job bringing over their messages in a way kids will understand and can identify with. Plus, I'm betting that by the end of this book, the reader will want to become a ninja themselves. 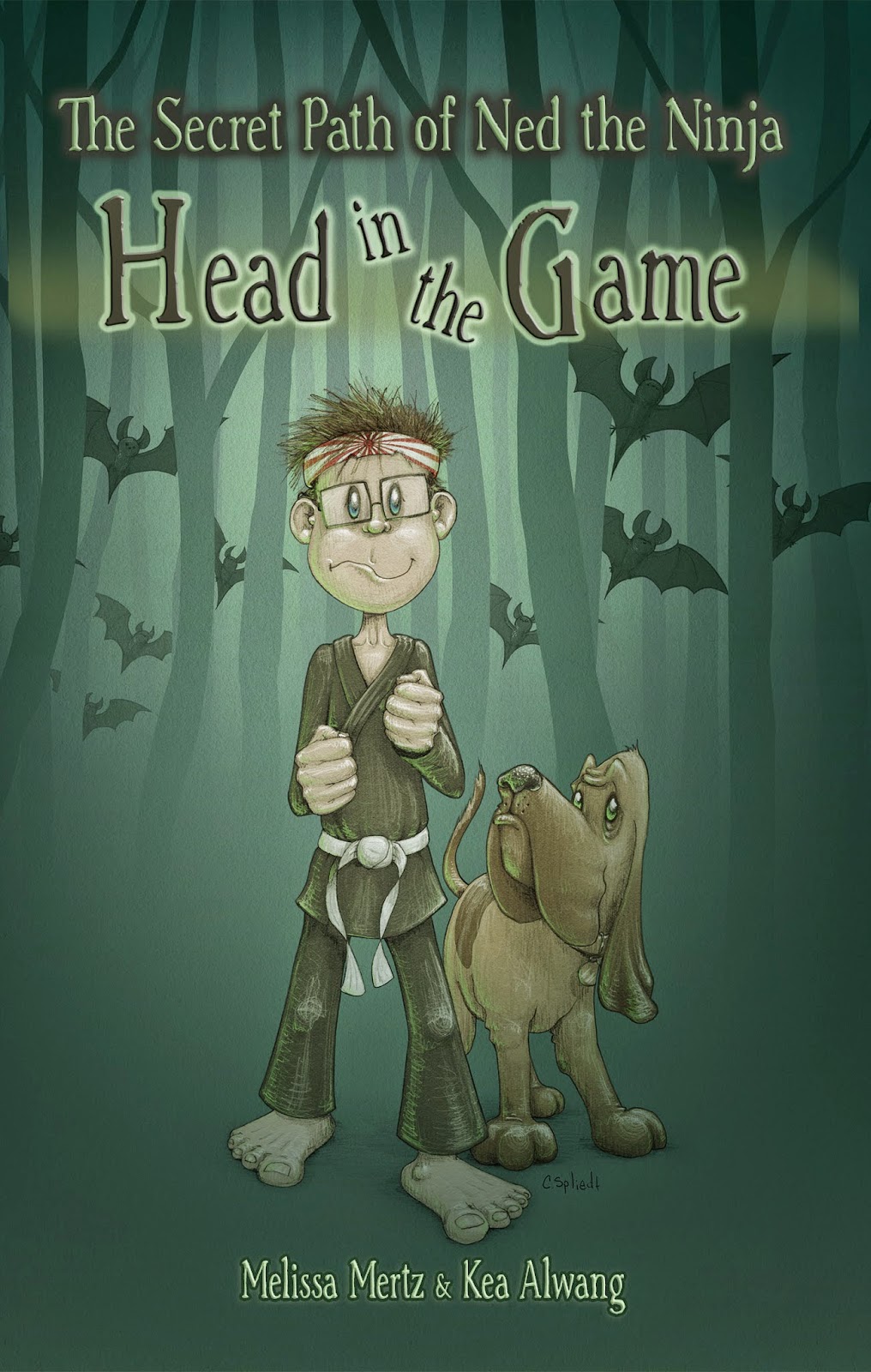 Ned Herts is back! "I know. You have questions: Did Ned the Nerd wind up in Witness Protection for standing by as Beck the Bonebreaker kissed the concrete? Did Beck make good on his threat to tackle Ned another day? Did Ned set his coordination-impaired tootsies back on the mats at Tora Khan Martial Arts? Did the Tiger King drag our hero out for another night of pushing him beyond his limited limits? Did Ned Herts become the most notable name in superhero comic book history? Did he get the girl?"

Ned's life as a ninja continues there where it left off. Although he's honing his skills and better coping with life, new things pop up. Nope, a ninja's work is never done.

Again, Ned's sense of humor and golden heart make the reader wish they could accompany Ned on his adventures. The scenes are well written and again, kids will have no trouble sympathizing with Ned. The story runs along at a nice pace, keeping one locked on the pages with just the right amount of fun and adventure.

It's an enjoyable story for kids 8+, especially boys and reluctant readers.Plus, I'm always a fan of shorter tales, which won't scare kids away with their size. Oh, and as was with the first book - beware! Kids will probably be wanting to learn some of Ned's skills themselves. (Yes, I think this is a good thing.) 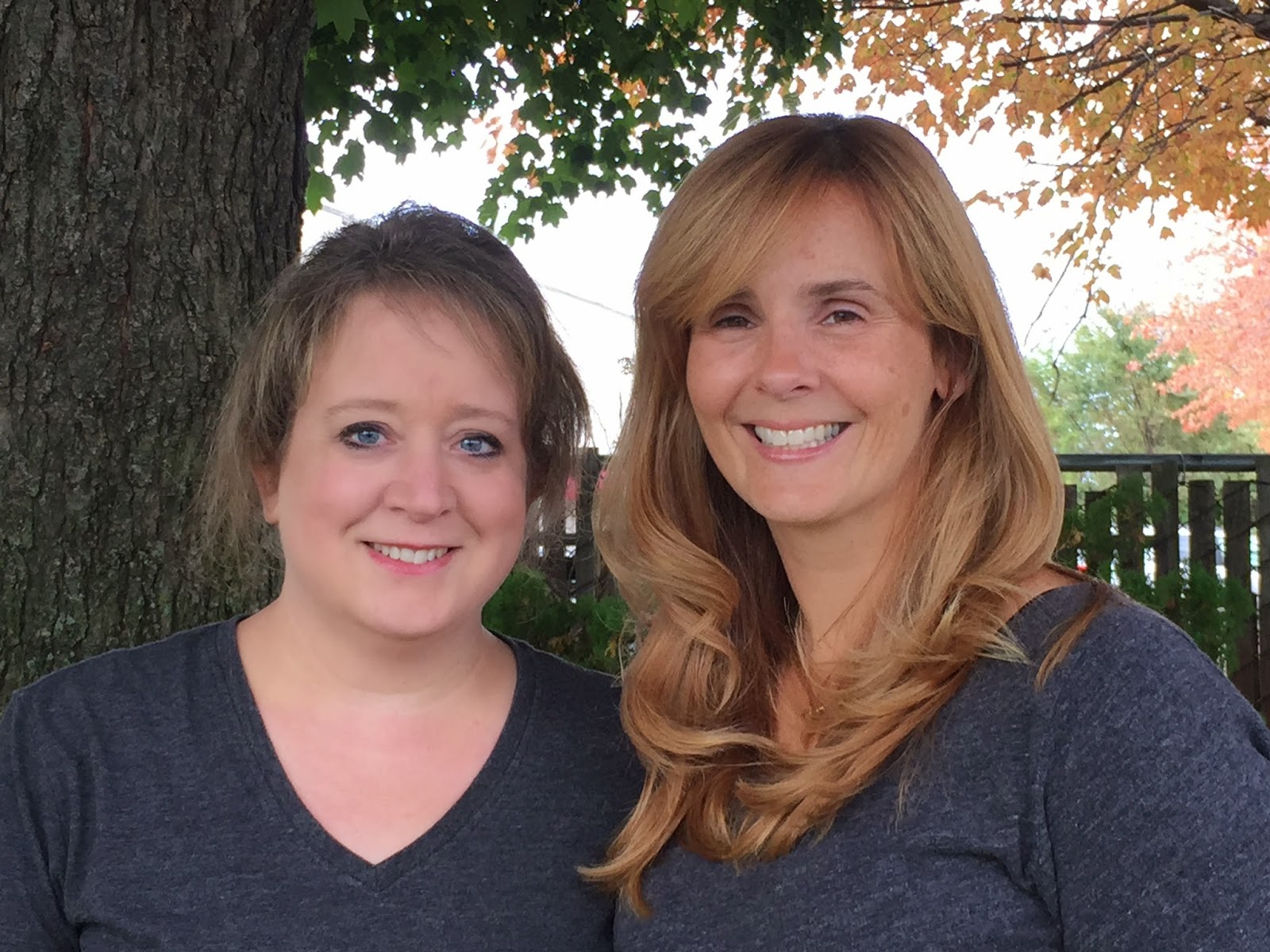 Kea Alwang lives in New Jersey with her podcasting husband, film-obsessed son, and book-munching daughter. Apart from writing and world building, she teaches Isshin-ryu karate, is passionate about bullying issues, searches for the perfect chocolate bar (Green & Black comes close!), and immerses herself in multiple fan girl obsessions. Her other works include the Young Adult Speculative Fiction series, Based on a Dream.
Melissa Mertz owns and operates The Dojo Paramus in Paramus, NJ, where, as a 5th level Black Belt in Isshin-ryu, she has taught for over ten years. She is forever grateful for the opportunity and privilege of teaching martial arts to those who have trained with her. She thanks her students and their parents for their trust and for following her path to Black Belt. Melissa lives in New Jersey with her star-throwing son and the sweetest dog the world over.
To find out more about their work, visit:
www.nedtheninja.com
www.keaalwang.com

Email ThisBlogThis!Share to TwitterShare to FacebookShare to Pinterest
Labels: Head in the Game, Kea Alwang, Melissa Mertz, Reluctant Hero, The Secret Path of Ned the Ninja