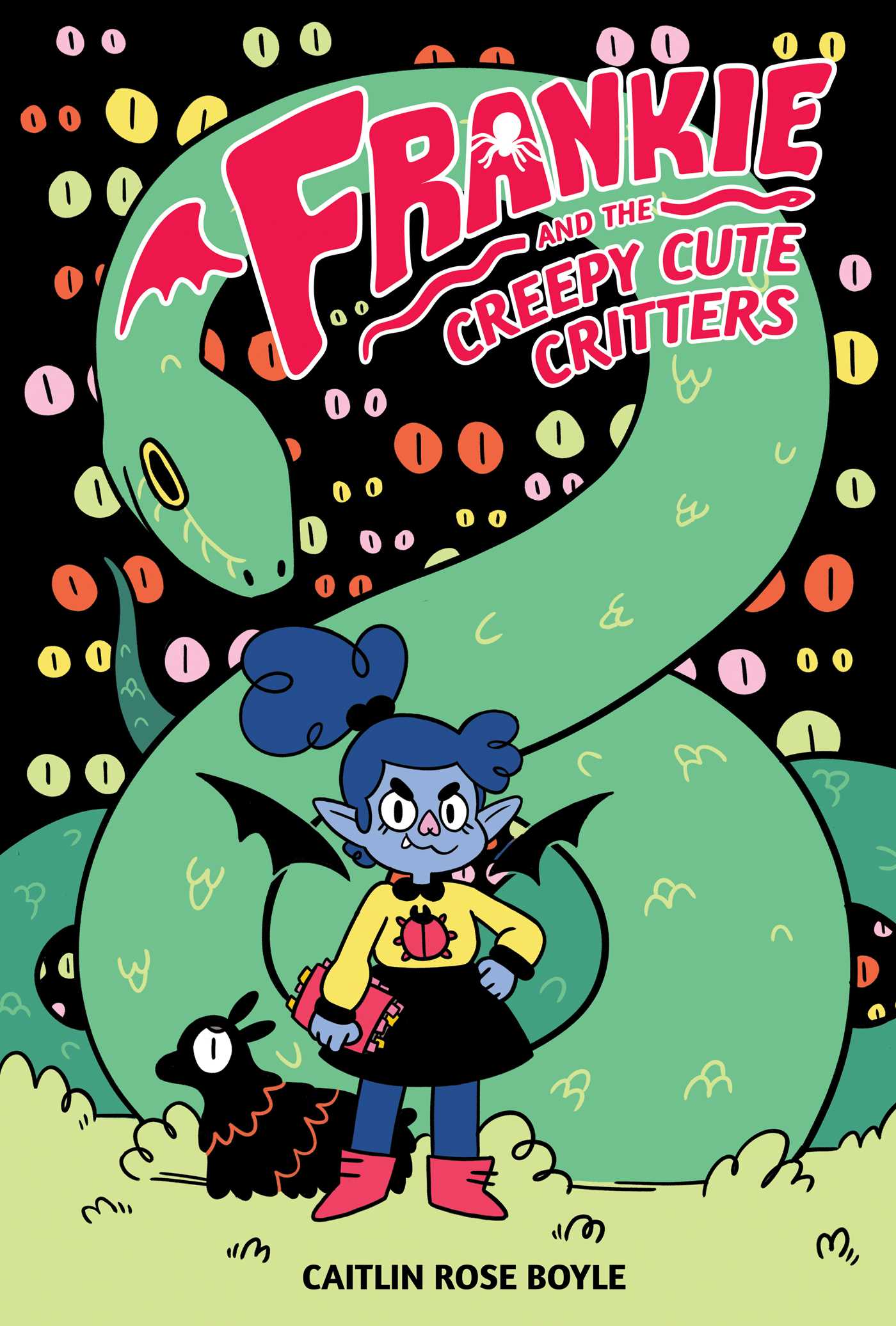 Frankie Fairy loves to learn about creepy crawly critters in her own backyard! Now that she's at a new school, she's excited to learn even more about them! Instead, she learns that the other fairy kids in class think she's the creepy one. Is Frankie really that scary? And if she is—is that really a bad thing? Maybe her creepy crawly friends can help her figure it out!

BOOK DEPOSITORY
MY TIDBITS
Fun with a dusting of creepy make Frankie an amazing fairy to get to know, and that
while adding exploration and biological discoveries, too.

Frankie has moved to a new town with her mother and can't wait to meet everyone at school, but when the other fairies notice Frankie's bat-like wings, sharp teeth, and odd voice, they don't want to have anything to do with her. Sad, Frankie heads out to the nearby forest to see what she can discover there. After all, she loves learning about new creatures and is sure there are all sorts of ones to discover there. And she's right, but it leads to a ton more adventure than she expected.
Graphic novels already catch the eye with most middle graders I know, and this one, with its touch of monster-creepiness, is sure to draw attention. Especially when readers learn that Frankie is supposedly a fairy...just more of a bat-like one. It's an imaginative concept, whose uniqueness is sure to raise a few eyebrows and makes kids want to see what she's about. Luckily, she is a fun character. But these pages pack more than a touch of creepy adventure.
There are several meaningful aspects built into these pages. Firstly, Frankie has to deal with a new school and bullying. Then, there's the science end, which introduces readers to several animal facts and the fun of learning more about various creatures. I found this end especially well done as it weaves seamlessly into the story and Frankie's personality, never coming across as a biology lesson. Plus, the creatures she runs into are not ones often explored in children books—bats, possums, mosquitos and snakes. The way Frankie puts each one into her field guide also shows listeners how to do the same on their own.
In other words, this isn't only an original look on fairies in a lovely graphic novel form. It offers quite a bit more along the way.
on October 28, 2020