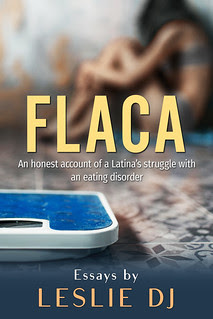 After an intervention during the summer of 2018 Leslie finds herself in a treatment center for an eating disorder she was unaware she had. In her own words, Leslie DJ, author of That Girl and Luz digs deep into her own struggles and battle with anorexia and bipolar II disorder in a brave and sometimes comical account of her life.

You can find Flaca on Goodreads

You can buy Flaca here on Amazon


VI. Baby, Maybe
“I want to get better so that I can become a mother someday,” one of my community members shared during a goal-setting rehabilitation exercise.
I was about four weeks into treatment for an eating disorder I was still struggling to admit. And the outpatient treatment facility consisted of one-on-one counseling, group therapy, nutrition classes, group activities that sometimes included cooking and the dreaded dinner time.
This got me thinking about my own prospects as a parent. Like most little girls, I grew up playing with baby dolls, pushing toy strollers and placing a pillow under my nightie and pretending it was a pregnant belly.
I was always the first to volunteer to help change diapers and watch over my younger cousins and longed for a sibling of my own.
When I was eleven my sister was born and I took pride in pushing her stroller down the street and dressing her up. She was cool until she got a bit older, began to follow me around and embarrass me in front of my friends with her childhood wonderment. In her defense, she hadn’t done anything wrong, I was just a hormonal bratty teen.
When I got married at twenty-two I convinced myself that having a baby was for me. After all, I was married and that’s what you did. I never actively tried to get pregnant but wasn’t opposed to it happening naturally. A part of me knew it wasn’t the proper environment to bring up a child in—it was toxic and often violent—but I grew tired of being asked, “When is the baby coming?”
Thankfully that baby was never conceived, cutting any ties from that man.
As I enter my mid-thirties I feel the pressure hovering over my shoulders, the heaviness on my chest, and can hear the clock ticking, mirroring the beat of my heart.
My mental health and eating disorder are time-consuming and must be as closely watched as one would a child. The idea of going nine months without antidepressants and mood stabilizers and having to carry out a proper diet terrifies me. I often question if my genetics are worth passing along. Would I ruin my child with my disordered rituals and uneasiness around food? Would my baby inherit my mood disorder? Would it suffer from crippling anxiety, depression, and lash out in fear of rejection?
Not every day is bad, but the bad ones are the worst. I’ve managed to cope with it but wouldn’t wish that upon anyone else.
“Who else wants to be well enough to have children?” the group leader asked. A couple of timid hands rose and for a second I felt a twitch. I looked down at my arm; it was making its way up and I immediately readjusted in my seat and sat on my hands. 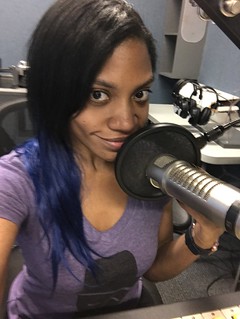 Leslie DJ was born to write, photographs of her holding pen to paper can be found within the confines of this book. She holds an MFA in Creative Writing from the New School of New York and is an on-air talent at 94.3 FM WBMB Baruch College radio. She is the host of two podcasts including Sinister Girlz a female-centric music podcast that promotes local talents in music and could be found on Stitcher and Apple Podcast. She is a native New York and resides with her pet Chihuahua, Joey and precocious parrots Perry and Cocoa.

There is a tour wide giveaway for the book blitz of Flaca. One winner will win a signed copy of both "That Girl" and "Luz" by Leslie DJ (US and Canada only).