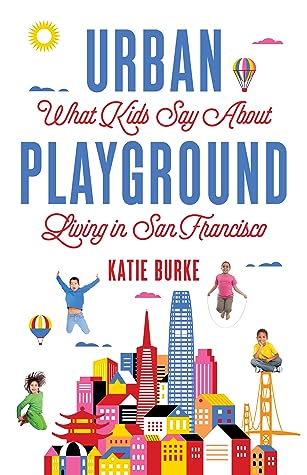 Rural areas cover 97 percent of the United States—yet more than 80 percent of the US population lives in urban areas. What is life like for the millions of children who populate our nation’s cities?
In Urban Playground, Katie Burke interviews fifty children, ages five to nine, who live in San Francisco. In each conversation, she explores one of ten different themes—family, school, pets, vacation, work, heroes, holidays, favorite foods, talents, and sports—followed by insights on the topic. She rounds out each segment with five questions for adults and kids to discuss after they’ve read it together, encouraging open, honest dialogue about young readers’ thoughts on the subject matter at hand. Future books in the series will expand into other major U.S. cities. Fun, accessible, and interactive, Urban Playground is an important window into the ways children in cities think about and describe the most important aspects of their lives—which is every aspect of their lives!

Adults might think they know all about San Francisco, but this book shows what kids see and think about the exciting city. And their thoughts bring several surprises.

Fifty kids, ages five to nine, were interviewed about what living in San Francisco means to them. Some discuss family, others about being a hero, and some about simple things like eating ice cream. There's mention of the Golden Gate Bridge, parks and other sights as well as issues such as homelessness. After each answer, there's a section entitled 'Insights from the Urban Playground', in which highlights about San Francisco and the child's answer are presented with more information. Finally, there's a list of questions which can be used in discussions surrounding various topics and thoughts mentioned in each child's answer.

This book offers a new perspective and insight into San Francisco. Especially those who live there, fans of the city, and those planning on visiting it will find these pages interesting. The thoughts and feelings are very personal and give a fresh view into what it is like to live in this city. Each of the fifty answers comes across with lovely honesty.

The text is easy to understand and fitting for young readers. Each topic and reasoning of the interviewed children will ring true to young readers and hit upon aspects which truly interest them...and not only those which adults think they'll be curious about. While all fifty answers might be a bit much for young readers to digest, and I'm not sure how each and every one could ever completely be used in a discussion, each one is just as interesting as the last. Even adults will enjoy taking in the well-known city from this different point of view, and learn things they'd never thought about before.

Why do you love talking with kids? How did you realize this was something you


Kids have such a fresh way of looking at the world. They are so hilarious because
they are mostly unfiltered, calling everything as they see it with their observations
and immense feelings. For example, I still laugh out loud every time I recall my
niece Molly, five years old at the time, looking up at me as I was opening and
closing web browsers, and saying in a surprised tone, “You’re a smart girl, Katie!”

I knew I wanted to write a book featuring city kids when my publisher and then-
writing coach, Brooke Warner, came up with the concept. She had read some of
my other writing, some of which centered around characters I’d encountered
in San Francisco and New Orleans, and some of which I’d written for and
about city kids. Brooke thought it would be great to put a book out that featured
city kids and invited children everywhere to read about these city kids with
their significant adults. We started in San Francisco, since that is where I live.

Are there certain answers that stand out more to you than others? How so?
Do you have a favorite “kid response” you received while working on this book?


I laughed so hard when Liam, five years old at the time, answered that he was moving
to Michigan after living in San Francisco “for two weeks” (he’d actually lived here for a
year) because “my mom wants to move there, and I always agree with my mom.” His
interview topic was heroes, whom he identified as people who save the city. He said he
used to save the entire city, but “I’m not that guy anymore.” I just love it when little ones
give earnest answers without any clue how funny they are.

What do you think most adults don’t understand about kids? Do you have any
advice for how to communicate with them better?

Well, as someone who is childless by choice, I am always the first to say I don’t
judge most parents, since parenting is an impossible job. But I do think that as a doting
aunt to eight children and a writer who regularly interviews children, I can say that
adults would do best by the children in their lives if they listened more and considered
their children wise. When kids speak, I know they are generally revealing the truth,
with some exceptions where an adult has groomed the child to mimic prepared
statements. My experience with children overwhelmingly reveals their purity of
thought and feeling. Like all of us, they just want to love and be loved, and they are
better at showing that than adults are. 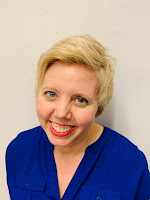