Review: Monkey Bandit and the Naughty Ball by Maria Ellis and FREE book! 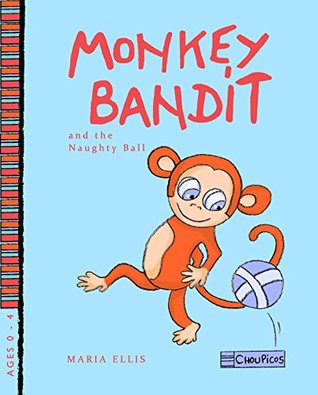 Do you have a toddler who is ever so slightly tempted to bend the rules every once in a while (all for a "good" reason, of course)? Then you will like the story of Monkey Bandit and the naughty ball!
Monkey Bandit, much like any toddler, forgets about the rules. He knows he cannot play with a ball inside the house, but are bending over the ball or touching it with one finger considered "playing with the ball"?
This colorfully illustrated, funny children's story will make babies and toddlers giggle at the misadventures of Monkey Bandit. You can also start a very useful conversation, as the adult, about rules, "bending the rules" and behaving.
Rules... rules... what are those exactly?!


Monkey Bandit discovers a ball under the table. He knows he's not allowed to play with balls in the house. So he doesn't. Well, not really. His antics of almost touching it are something even younger listeners can easily identify with. Even the steps he takes from there will have them giggling as they recognize themselves in his actions.

Monkey Bandit is a sweet monkey, who is cute and easy to connect with. He's not perfect, but then nobody is. His antics gently lead listeners through a funny story, which reflects a very, real-to-life situation. It's humorous while still bringing across a message. But this is never preachy.

The ending is as it must be...because that's simply the way mother's react. It's a bit sudden, but young listeners will understand what happened.

This is a simple story for the youngest listeners with easy illustrations and scenes which will strike as familiar. It's a cute, gentle read. 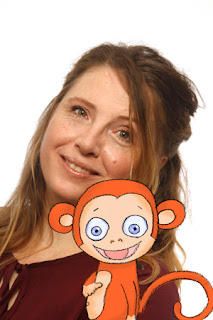 Maria Ellis is a former teacher who followed her dreams and is now writing and illustrating children's books full-time. Her biggest inspiration comes from her two children, who are also her first critics.
She lives in an enchanted forest close to Brussels in the chocolate-filled Kingdom of Belgium with her husband, her son and her daughter, surrounded by owls, ants and some very cute squirrels.
Visit www.choupicos.com for more information and a full catalogue of books.

Since reading is so important, Maria Ellis offers free, downloadable books on her site. You can head over here to check them out!

As an EXTRA treat, Maria is offering a FREE book just for you and only for the next few days!!!

Monkey Bandit and the Monkey in the Moon 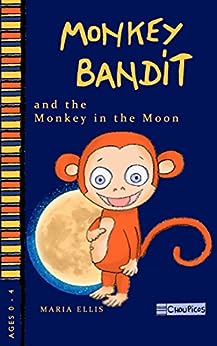 Get in on Amazon
Here!