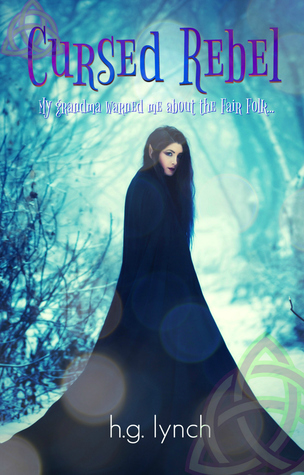 
My grandma always warned me never to trust a Faery. I never believed they were real...until I was kidnapped by one.
Finn is an obnoxious, mercurial Fae whose job it is to bring me to the King. He's gorgeous, but in this world, the prettiest things are the deadliest.
But if I want to survive the Fae realm and find a way home, I'll have to trust him...for now.

Slightly haunting, this tale pulls into a world where beauty is dangerous and love almost impossible.

Lucy's grandmother always warned her of the fae folk—alluring, cunning and dangerous. Being an average, American kid, Lucy new they were fairy tales. When a boy with bright, red hair dashes through her school, her gut tells her something's off, but first, when he captures her and takes her to the Otherworld, does the situation hit full thrust. She's been captured by a gorgeous fae boy, one who's job it is to lure humans to his world and present them to his heartless king. Without him, she can't return home or survive the lethal world around her. With him, she might meet a fate worse than death.

This is one fans of Young Adult romance with fairies, magic, Sidhe and loads of other fantastical creatures are sure to enjoy. There is a dark undertone the entire way through, since these are not nice fairies. The world building is well done, allowing the fantastical elements to gain a wonderful vividness. It's a lovely world to dive into.

Lucy has temperament, to say the least. She lets her feelings vent, especially in the stubborn direction and is snippy even in the first chapters to those around her. While it is usually understandable, sometimes she comes across as simply immature. But she grows on the reader and, by the end, it's hard not to cheer for her and hope she makes it through.

The first chapters are a bit rough in so far that scenes flip fast, sometimes very suddenly. It took a bit to understand exactly what was going on and sink into the characters and world. I did almost put this one down but am glad I didn't. Because after the stumbling beginning, it smoothed more and more until it became an engaging story that was hard to put down. Finn and Ryan both hit a teeter-totter of love and hate, which made for delicious tension. Magic grew, danger mounted and the layers thickened. In turns into an entertaining and lovely read.