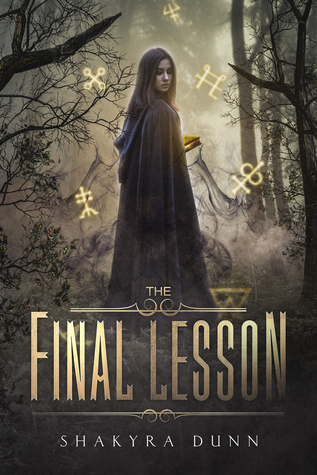 "Trust none but yourself."
Leilana Erovina's got a bid for power as she takes the final test to become one of her realm's Warlords. As such, she sets out to travel the lands of Adrylis and log magical totems from respectful folk with only one hitch—no ancestral help. The quest is a pilgrimage to learn the basics of human nature. Some would call concepts like gentleness and passion fables of the heart.
In another perspective, war brews in the kingdom of Linmus, throwing Adrylis into chaos. Prince Remiel Vesarus finds himself in exile, vengeance on his mind for those who tore his life asunder. His attendant Solus Brenner at his side, they plan on restoring their kingdom against all odds.
Fate has drawn these two parties together. Conjoined at the hip, the traveler, prince and right-hand will learn the old saying of magic: "It always comes with a price."

Magic and kingdoms collide in an epic fantasy where personal growth, friendship and trust are key.

Leilana is studying to become a Warlord; all that's missing is the final lesson. Heading out into the world on her own, she is to collect totems. But the journey isn't only about totems, it's about learning more about human emotions, compassion and control. Meanwhile, Prince Remiel has snuck out of the castle...again...with his attendant. While out, the castle is attacked. He and his attendant vow to return and regain his kingdom. When Leilana, Prince Remiel and the attendant's paths cross, the adventure begins.

This is sold as a book for young adults, but especially the first chapters form the setting for a slightly younger audience—upper middle grade to tween. The characters are introduced nicely, each background very distinct from the other. The world building, at first, is well done and allows the reader to settle in. It's easy to cheer all three characters on and feel for them when things go wrong.

There are several messages in this tale, and they hit clearly. Especially Leilana has a lot to learn about compassion, mercy and basic human emotions. And the author pulls this off in an engaging and natural way. The forming friendship between the three shows the trials surrounding growing trust, mistakes, and learning to know ones self. It's a coming-of-age perfect for those growing into their teenage years.

Fans of magic, epic fantasy, journeys, intrigue and friends fighting together will enjoy this tale.