Sneak Peek: Nocturnal Meetings of the Misplaced by R.J. Garcia with Giveaway

BeachBoundBooks is pleased to be coordinating a Blog Tour for R.J. Garcia's young adult mystery, Nocturnal Meetings of the Misplaced. The tour will run June 11 - July 2, 2018.

NOCTURNAL MEETINGS OF THE MISPLACED
by R.J. Garcia
The Parliament House
May 1, 2018
Young Adult Mystery
326 pages

Mystery surrounds the town of Summertime, Indiana, where fifteen-year-old Tommy Walker and his little sister are sent to live with relatives they’ve never met. Tommy soon makes friends with Finn Wilds, a rebellious local who lives with his volatile and abusive stepfather, who also happens to be the town’s sheriff. Finn invites Tommy to late night meetings in the woods, where Tommy gets to know two girls. He forms a special and unique connection with both girls. The meetings become a place where the kids, who don’t fit in at school, or home can finally belong. As the group of friends begin to unravel clues to a cold case murder and kidnapping— they learn the truth is darker and closer than they ever imagined. Even if they live to tell, will anyone believe them?

"This YA contemporary story opens with intrigue(like its cover!) and adds suspenseful layers all the way to the tumultuous end." - Christina Dwivedi

"This novel is not teen angst, but the excitement of young love—the madness and muddle of thinking the wrong thing, the shame and mortification of saying it. Words are analyzed before spoken, parsed and reconsidered and judged and considered again. The author’s brilliance is in hearing the thoughts of her characters so clearly." - Amazon Reviewer

"RJ Garcia’s twisting tale navigates the lives of a fringe group of teens who discover some of the most sinister secrets exist in the cracks of idyllic small-town life. Reminiscent of the mood and haunting tone of VC Andrews’ greatest novels, the plot toes a line between the eerie and the downright horrific with characters that jump off the page and into your heart." - Amazon Reviewer


A sense of fragility filled the air. We were in the woods late at night
without any adults. It seemed a little dangerous. The kind of
dangerous that makes you know you’re alive. The wind mysteriously
moaned. Some of the trees remained bare and stark, still dormant
from the winter. Other trees had come back to life but started shedding
from the return of the cold. It would have made an ideal setting
for a horror movie.

I looked at a jet-black sky through a waning awning of leaves. The
crescent moon ghosted down on us, along with a few scattered stars.
We stepped on dead leaves and foliage and kept walking. After about
fifteen minutes we made it to a clearing. Motionless shadows from
the trees showed on the frosted grass.

The beam of the flashlight whirled around wildly as Finn shot it
around the surrounding trees. Stray rays of light even touched the
treetops.

“Are you sure this is where we’re supposed to meet them?” I asked.

Finn leaned back, resting his arm against a majestic oak tree, near the
edge of the clearing. “Yeah. I’m positive. We always meet here.”
The massive tree branches spindled out like a giant fan, some of
the lower branches almost touched the ground.

Although it was the first official day of spring, the temperatures had
dropped. I was the dumb kid who only wore a hoodie. Now that we
stopped moving, the coldness knifed its way up my feet and ankles.
Before I knew it, the chill took the rest of my body. I shifted all
around in a lame attempt to keep warm. “It’s really cold,” I complained.

“You don’t have to tell me. My tomatoes died,” he said gravely.

Shivering, I told him, “You know, your blood can literally freeze.”

“It’s not that cold,” Finn replied, mildly irritated. He stepped toward me,
pulling off his black ski cap and gloves, which had the fingers cut out. We
were a generation so obsessed with our phones that we couldn’t even
wear real gloves anymore. Finn handed them to me. Once I slipped them
both on, they helped a little. We heard a kind of rustling off in the foliage.
Confusion registered on his face, mirroring my own. Finn shined the light
toward the sound, but we didn’t see anything. 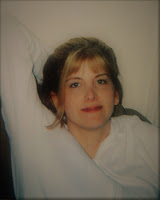 R.J. Garcia is a wife, and proud mom of two smart kids. She earned her MSW and worked with foster children and as a school social worker. Writing has been her other great love. She has published several non-fiction pieces. She has been writing short stories for as long as she can remember. To her amazement, those short stories became novels!

Prize: One winner will receive a $25 Amazon gift card or $25 PayPal cash prize, winner's choice Giveaway ends: July 2, 11:59 pm, 2018
Open to: Internationally
How to enter: Please enter using the Rafflecopter widget below. ​
Terms and Conditions: NO PURCHASE NECESSARY TO ENTER OR WIN. VOID WHERE PROHIBITED BY LAW. A winner will be randomly drawn through the Rafflecopter widget and will be contacted by email within 48 hours after the giveaway ends. The winner will then have 72 hours to respond. If the winner does not respond within 72 hours, a new draw will take place for a new winner. Odds of winning will vary depending on the number of eligible entries received. This contest is in no way sponsored, endorsed or administered by, or associated with Facebook. This giveaway is sponsored by the author, R.J. Garcia and is hosted and managed by Stacie from BeachBoundBooks. If you have any additional questions feel free to send an email to stacie@BeachBoundBooks.com.