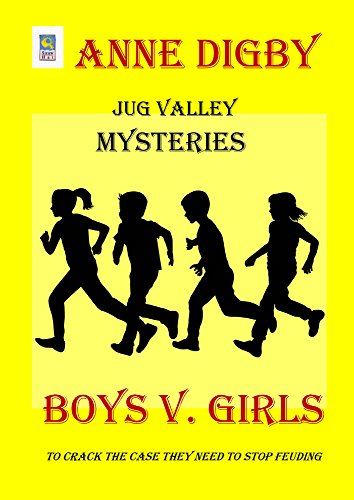 When a bike is stolen from the school bike sheds at Jug Valley Juniors, Tim forms a secret club with his friends Ben and Ludo to try to solve the crime. They call themselves the Handles. 'This isn't girls' stuff,' he tells his twin sister Amy. 'It needs boys to handle it.'
To get back at the boys, Amy and her best friend Mini jokingly call themselves the Spouts...but it's no longer a joke when Mum's lovely bike is stolen, too, giving the girls a serious quest of their own. And so the rival detectives go into action - mainly against each other.
Yet they should be working together if they want to avoid danger....

This is simply a fun mystery which takes a group of everyday kids and has them save the day through clever ideas and a bit of spunk. A great read!

Someone stole a bike! To help out, Tim and his friends get together and form a club, Handles, to figure out who did it. When Tim's mother's bike is also stolen, his twin sister, Amy decides to jump on the case with her own group of friends, the Spouts. Not realizing what the other group is up to, the girls and boys each use their own means to track down the thief, which doesn't always work as well as it could.

These sleuths could be any kids--a group down the street or a bunch of friends from school. They are as normal as normal could be, but still, they're able to embark on a mystery and catch the thief. And it's exactly this which makes this book such a delight to read. The characters are easy to sympathize with, and have concerns and reactions kids in this age group would have. It's no problem to dive into their world, especially when brother and sister would rather avoid each other. They aren't mean to each other, but rather want to have their own space and unintentionally get in the way.

At seventy some pages, this is a perfect read for more reluctant readers. The plot holds a nice pace the entire way through, making it a smooth and easy read. There a moments which put a smile on the face, and others where it's hard not to cringe a little as the boys and girls accidentally make mistakes. A moment of danger adds the perfect amount of tension, rounding off a perfect mystery.

Summed up, this is a gentle mystery which is sure to inspire readers and make them want to hit the streets to solve mysteries of their own. The short length makes it an easy, quick read even for more reluctant readers, and boys as well as girls will relate with the characters. 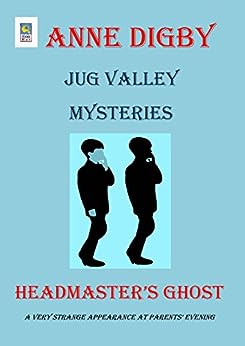 
Twins Tim and Amy and their friends in Hands are on the case again following a strange appearance at school Parents' Evening. Several parents saw the headmaster lose his temper and throw chocolate biscuits around but Mr Morton claims he wasn't there! Surely they couldn't have seen a ghost? And now he may have to resign...

A great mystery, which is sure to prompt kids into grounding a detective agency of their own.

It's time to show off projects at Parent's Evening, and the kids are nervous, but it's not the parents' opinion which should be making them worry. A kid's project, a mug, goes missing. And then, the Headmaster, who claimed he was coming at all, suddenly appears at the end of the evening and does the oddest things. The twins and their friends are on the case to figure out what in the world is going on now.

I did read the first book in this series before diving into this one, but that doesn't influence the story. In other words, this can be read as a stand alone.

The dispute between girls vs. guys from book one has died down as the twins combine their clubs into one and the friends start working together. The differences of personalities are still there, and the forming of new friendships and growing closer is a real treat. But friendships are key in this series as the kids work together, using very normal means to figure out what's behind the Parent Evening disaster.

In this book, the younger sibling of the twins plays a bigger role and adds a lot of life to the story. His antics come across perfectly fitting to his age and are sure to have readers giggling. But then, all of the friends are enjoyable and remind of the kids from next door.

The plot is basic, yet secret enough to hold the fun until the very last page. But with only seventy pages, this isn't a heavy read and invites even more reluctant word friends to dive in. The humor matches wonderfully with the mystery, creating a fun atmosphere. The mystery itself is solved with very real solutions, which makes it easy for kids to dream of solving mysteries on their own.

Summed up, this is a delightful, wholesome mystery for kids with a lot of fun mixed in.