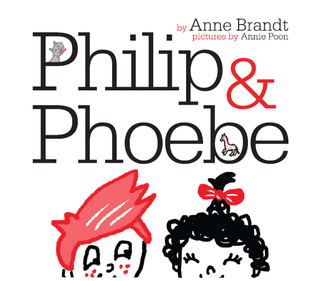 What older child hasn’t felt left out when a new baby arrives? Philip certainly does. His new sister Phoebe can barely say “ga-ga” yet everyone goes ga-ga over her. Philip, despite his superhero cape, feels alone. Finally, he devises a plan. Using a bit of magic and a lot of determination, he sneaks into her bedroom at night with the intention of changing her into something more manageable, more exciting, more fun. Except things don’t go exactly as planned.
Philip & Phoebe is available at www.spectacledbear.com

This is a sweet story, which takes a problem siblings will be able to understand and in a playful, gentle way, leads to a possible way to handle it.

Being the older brother, Philip is considered as being the more grown-up one of the two siblings. Too bad, he's just a little kid himself and feels that sometimes he's treated unjustly in comparison to his younger sister.

The message is crystal clear for young readers/ listeners ages 3+ who have younger siblings. Philip is an average boy, and it's easy to step into his shoes and feel what he's going through. The message is obvious, but it doesn't feel preachy.  Rather the creative world lures readers in and makes for a fun tale.

The illustrations are a real treat, offering not only a lovely accompaniment to the tale, but also offering little details for kids to follow. At the very end of the book, there's a search and find picture--something my kids always love.

Summed up, this is a lovely book for pre-schoolers and above. 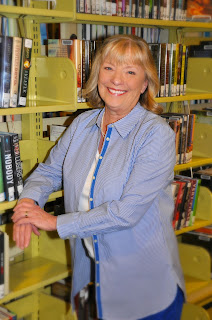 Anne Brandt has been in love with creative writing since second grade when her four-line poem Philip & Phoebe is her first published children's book. On the surface, the story appears to present a siple tale of sibling rivalry, yet a closer look reveals Philip & Phoebe is truly a tale of magic.
about cats appeared in a school journal. Today, her writing includes personal essays, short stories, and novellas.
This way this story came to find publication is also one of magic. While Anne Brandt spent twenty-five years as a ghostwriter for clients in the corporate and nonprofit worlds, she worked nights in the basement of her home writing essays, stories and poems.
Over time, her personal work began to appear in a a variety of publications. Her essay about metting her biological father for the first time after 45 years was a cover story for the Chicago Tribune Magazine. Her essay about getting a tattoo in honor of her fiftieth birthday appeared in Seniors magazine. Other work has appeared in the Chicago Sun-Times, The Daily Herald, and the Denver Post. A collection of her most popular essays was published under the title The Square Root of Someone.
Philip & Phoebe, a long forgotten story she wrote inspired by her own children, lay at the bottom of a cardboard box.
Anne's current work has been anthologized in Write Michigan, performed on stage in St. Joseph, MI, and won awards online in a flash fiction contest. Her reorganizing of archives led to the rediscovery of this tiny tale, one that reminded her of the pleasure of gentle reads and the power of creativity and wish making. She knew this work would resonate with others and is pleased to bring it to life. Essentially, Philip & Phoebe is a children's book forty years in the making.
Currently, Anne makes her home in Benton Harbor, Michigan. When she's not on her computer, she takes piano lessons, swims and mall walks. For more info visit annebrandt.com